Ollie gets a text message at the start of the book that reads :

“Go to the Letterbox.”

Ollie goes to the letterbox and what he finds there is not nice.

But just wait until he goes to the pool. 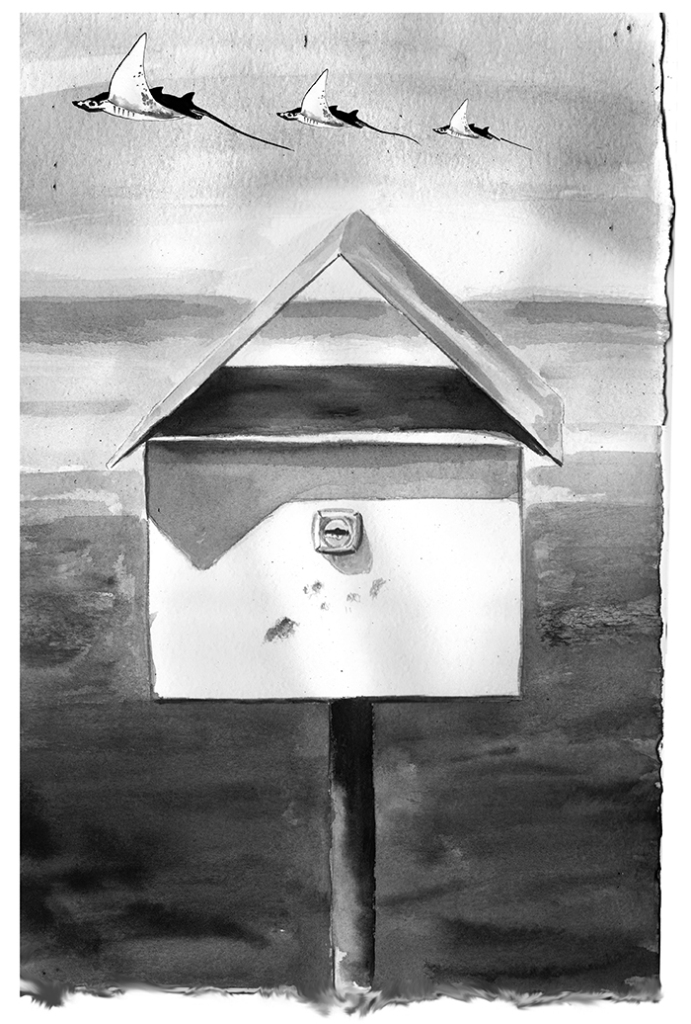 Once Ollie is plunged into the underwater world he discovers that he is not the only one being traumatised.

The sea creatures are getting very nervous. 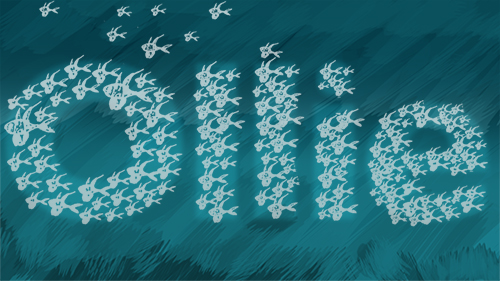 A Chapter Book for eight to ten year olds.

In the spirit of Alice in Wonderland

Ollie  is a ten year old (Walter Mitty type)  who dreams of one day becoming a marine biologist and comic book artist. All he has to do is get through school and stay clear of the Wicker Brothers .

It’s coming to the end of the school holidays and Ollie’s plans to finish his comics are not going to schedule.

Em  (Emma Wicker) a cousin of the Wicker Brothers, thinks Ollie is a really cool artist. She likes to go around to see Ollie as much as she can. Is it a trap? Did her cousins send her?

Things get much worse when Ollie, when first he has a fight with his best friend Sam, and then  decides to confront the Wicker Brothers on his own at the local swimming pool. There he is bullied into leaping off the diving board, hits his head on the way down and is plunged into a fantastic underwater world.

Ollie lands in a world where  a huge migration of sea creatures is taking place. What could be so frightening that the sea creatures have taken to the air to escape? And how did Em fall into this world?

If Ollie thought the Wicker Brothers were bad just wait until he meets Captain Dredge. 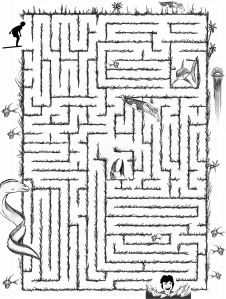 The opening chapter of Ollie in the Underwater World

Drawing all day. Staying up late. Coming up with new ideas for my comics.

Summer holidays were coming to an end. At least I had my comic nearly finished. When I grow up that’s all I want to do. Write and draw comics and maybe become a marine biologist. I just have to get through school. And stay away from the Wicker Brothers. You don’t want to meet the Wicker Brothers. I would rather crawl into  a nest of angry red back spiders. 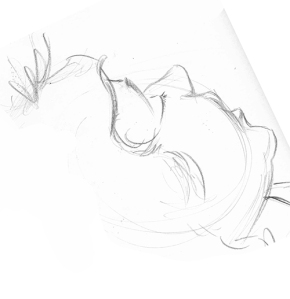